Remember that time I honestly thought I was dying in a plane crash? Let’s go to the vault for some Mike’s Memories!

Standard intro: before I bought my own domain name, I used to run a page on Blogger where I’d write longer pieces for when social media rants weren’t enough. When I deactivated that site, a lot of its content went unpublished. A lot of it was also bad. But a few things still hold up, so I’m bringing those back in Mike’s Memories: republished blogs with new commentary from me, and we can all relive some of my past words through a new lens.

Mike 2018: I’ve flown a lot the last month and would consider myself a frequent flyer in general. Doesn’t mean I still don’t get nervous every time I hit the skies. Here’s a look back at the time I thought – legitimately – it was all going to end.

Aug. 11, 2015 – In his book Now I Can Die in Peace, Bill Simmons wrote (about a potential Roger Clemens-back-to-the-Red Sox trade):

I was mortified. I’m not sure what I would have done — it’s like imagining how you would react in an airplane that suddenly started free-falling. I couldn’t even consider it.*

As someone who’s traveled a ton, I’ve always wondered how I would react too. This weekend, I finally found out and figured I’d give you a little insight into what would be the worst sequel to Inside Out imaginable (Mike 2018: oh a topical movie reference! These age well).

*This part of the book sticks with me so much 10 years later because I originally read the thing while I was actually on a plane. Not cool. (Mike 2018: the Bill Simmons train has now been running strong for nearly two decades. Good job Sports Guy.)

I sat on Lufthansa flight LH404, making my way back from a trip to Europe. We’d left Frankfurt en route to head back to JFK and yeah, this news story is about my plane.

In retrospect, we were never in any real danger. But at the time, it was the most terrifying 15-30 seconds of my life. Two things to note about that sentence: one, I say 15-30 because I literally have no idea. I was too busy, you know, fearing for my life to break out a stopwatch. Two, that may not sound like a long time, but when you’re faced with your potential imminent demise, that feels pretty long.

A quick recap of what happened:

(Mike 2018: Some now-deleted photo or GIF was originally here and I don’t remember what it was, so this next line makes no sense)

Some psychologist will probably tell you this was just my way of coping with a potentially traumatic experience, but my first instinct was to prepare. My first thought wasn’t “Great, this is how I die.” It wasn’t “WHY ME?!?!?!” It wasn’t even to pray.

No, the first thing I did was take off the Bose headphones I was wearing (Mike 2018: what a douche move undercutting this traumatic tale with a casual name-drop of my expensive travel headphones), put them in their case and put that back in my bag. I then tied the bag up and slid it right under the seat in front of me. I made sure our aisle was clear and my sneakers were tied tight. If we were hitting the ground in anything but a fireball, I was going to be ready to help lead these passengers to safety.

My initial and gut reaction was defiance. “This is not happening. Not to me. Not today.” It just didn’t make any sense in my head that this was how it would all end. I just would not accept the fact that I’d be meeting my end with this particular plane.

And then I started praying.

I’m a very religious man. I don’t preach my beliefs or quote Scripture on Twitter or anything. But I pray every night, go to church, don’t take the Lord’s name in vain. And so, once I was happy with my emergency landing preparedness, I started saying my Our Fathers.* That same psychologist you found before would probably tell you this was a way for me to soothe my nerves.

*Interestingly enough, I went to mass the day after we landed. In the “Lord, hear our prayer” section, they said one I’d never heard at my church before: “For all travelers traveling by land, air, and sea, may they reach their destinations safely. Lord, hear our prayer.” An atheist would call it nothing more than an amazing coincidence. A scientist would probably call it selective auditory attention and say surely the church had said it before and I just hadn’t noticed. Whatever your beliefs, I couldn’t help but start laughing right there in my pew. (Mike 2018: you’re damn right I made absolutely sure I went to church as soon as possible after this happened)

So my initial action/thought was, “prepare.” Next was defiance. Then came faith/hope. Fourth, and last, came rationalization.

With 30 years of my own airline travel* plus a dad who spent 30 years as an Air Force engineer,** I quickly started picking up on cues that would help logically explain what was going on. Anything to help prove that we weren’t, in fact, 35,000 feet away from “Don’t Stop Believing” playing as things cut to black.

*Yep, was on my first commercial flight at 9 months old!
**SO reassuring when it comes to flying btw. (Mike 2018: Remember when writing acronyms in actual pieces was cool? What a tbt moment) I highly recommend getting this type of dad for yourself.

First, we were going down fast but not fast enough that the pilot had a death wish and decided to take us down as quickly as possible. Second, the descent was controlled — no bags thumping out of the overhead, no loss of cabin pressure, no jostling in our seats. Third, just when I was really about to start worrying, the plane started slightly banking.

That’s good, I thought. At least the pilot’s definitely in control. He might be a terrorist directing us back toward a major city to kamikaze into, but I’ll take my chances with the remoteness of that possibility over the more likely mechanical malfunction.

All of this was happening probably in the 30-90 second range — the Rationalization Window. Then after about a minute, the captain finally came on the PA to announce we were being diverted to Manchester, England, due to “technical difficulties.

Now, this brought about its own set of worries. Things like “well, what’s being difficult?” and “are we not going to be able to land safely?” But at that point, I had full trust that the pilots were consummate professionals who had diagnosed an issue, realized they needed to take action, and were in fact taking that action. I was able to somewhat breathe a sigh of relief that we weren’t in a freefall or a suicide dive or serving as collateral damage in a terrorist plot. 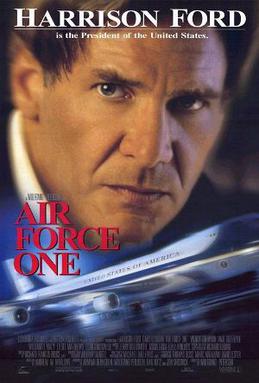 We kept descending at an uncomfortable pace I’d never experienced before to land as quickly as possible. The plane started dumping fuel like crazy and some doubt definitely persisted until the moment we finally landed. But those last 15 minutes were more of a simmering, nagging worry than the acute trauma of the initial madness. (Mike 2018: I should’ve dragged this part out more to create higher drama in the story. Whatever, my heart is starting to race a little just rereading this)

In the end, the issue was a faulty indicator that kept telling the pilots there was a fire in the wheel well when that wasn’t the case. At the time, though, there was no way for us to know that.

One mother sitting next to me was probably the starkest example of the emotional toll it took on people. She was on board with her husband and toddler. She sat stone silent the entire time. The second we landed safely, she burst into tears and didn’t stop for five minutes. Things got pretty real.

And after all that, after all those thoughts raced through my head, one stood above the rest: this will make a great story.

Mike 2018 recap: From a storytelling perspective, I definitely could’ve made this a much more harrowing story. Reading it back, the situation doesn’t strike me as a particularly terrifying incident. But having sat in the seat, I can tell you it was the most excruciating, stressful, draining experience of my life. Like I said before, just trudging these memories up is starting to elevate my pulse.

I also failed to mention how, after spending the night in Manchester, we had to fly the very same plane back to Frankfurt, to switch to a new plane to fly to New York. And man did that open a whole new set of concerns. “What if the indicator was right all along and the plane actually blows up this time?!” Those couple of hours until we got onto a new jet definitely saw us passengers make a pact: “We know we’re all terrified and will be clenching out butts until we switch planes, but let’s just all pretend and play it cool for all our sakes until then.”

It’s funny; I still get freaked out by turbulence to this day, which is basically super safe. But that flight was one of my smoothest starts to a flight ever. Goes to show you how quickly and unexpectedly things can change. No clever joke to end here; just a reminder to treasure every moment.